by admin, Blog, Comments Off on Milo Breakfast Run

Educity Nusajaya, Saturday 9 November 2013. A couple weeks ago, we had received and invitation from Iskandar Investment Berhad to be part of of Milo Breakfast Movement to promote our mobile application “CommAlerts”. The Milo Breakfast Movement is an effort by Nestle Milo to promote healthy lifestyle among Malaysians, as well as a promotion for the upcoming SEA Games in December 2013.

The Kompleks consist of a brand new Stadium that is just being completed few months ago. The vicinity of the stadium is furnished with Tennis courts and Badminton courts. It was a wonderful Saturday morning, and the participant is in high spirit to start the 2.5km morning run around the Kompleks. Most of the participants are youths and there are about 200 of them. Around half past 8, one of the speaker begins conducting the aerobic session to prepare the participant for the run, just as soon the clock near 9 AM, the horn was sounded and the run begins with one of the participants holding the Olympian Torch.

During the absence of the crowd, we took the liberty to form new friendship with the Milo crew and try out some of their games that setup there, such as the Bicycle meter, and the Bungee Pull Challenge. 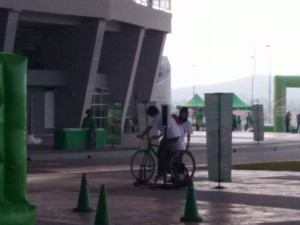 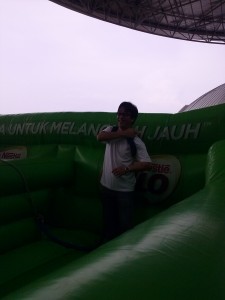 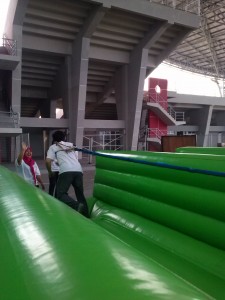 30 mins later, we saw the torch cross over the finish line and others follow behind with a large smile on their faces. 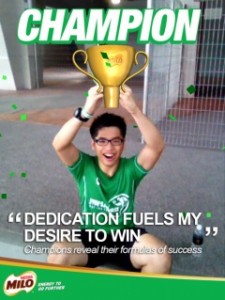 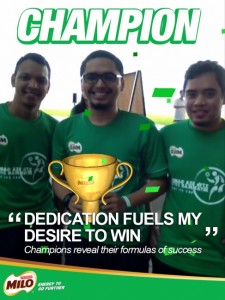 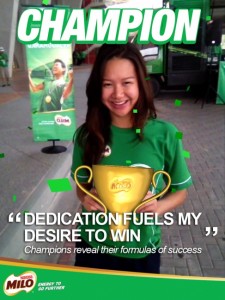 While they are queuing up to rejuvenate their energy with the refreshing Ice Milo drinks. We took the time to approach them and sharing the information about CommAlerts. 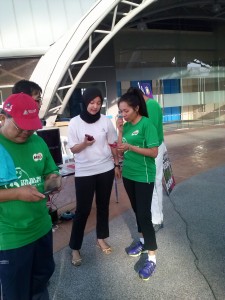 It is good to know that they are not just health conscious, yet they are also very safety conscious. Some do provide a wonderful feedback and we certainly hope they will share out CommAlerts to their family members and peers.

With that said, we would like to thanks IIB and Milo for the opportunity to be part of the run at Educity Nusajaya.